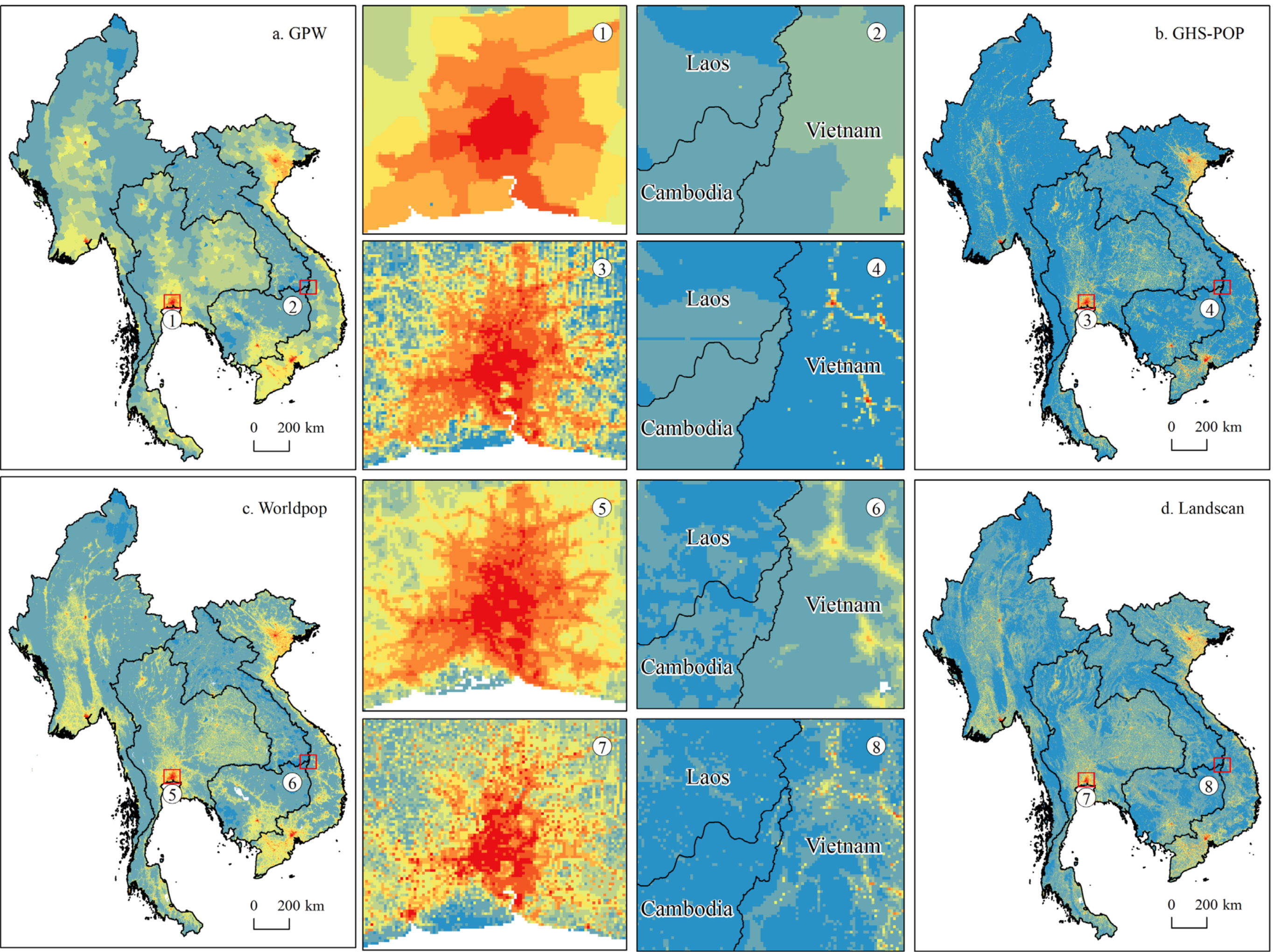 The release of global gridded population datasets, including the Gridded Population of the World (GPW), Global Human Settlement Population Grid (GHS-POP), WorldPop, and LandScan, have greatly facilitated cross-comparison for ongoing research related to anthropogenic impacts. However, little attention is paid to the consistency and discrepancy of these gridded products in the regions with rapid changes in local population, e.g., Mainland Southeast Asia (MSEA), where the countries have experienced fast population growth since the 1950s. This awkward situation is unsurprisingly aggravated because of national scarce demographics and incomplete census counts, which further limits their appropriate usage. Thus, comparative analyses of them become the priority of their better application. In this paper, the consistency and discrepancy of the four common global gridded population datasets were cross-compared by combing the 2015 provincial population statistics (census and yearbooks) via error-comparison based statistical methods.