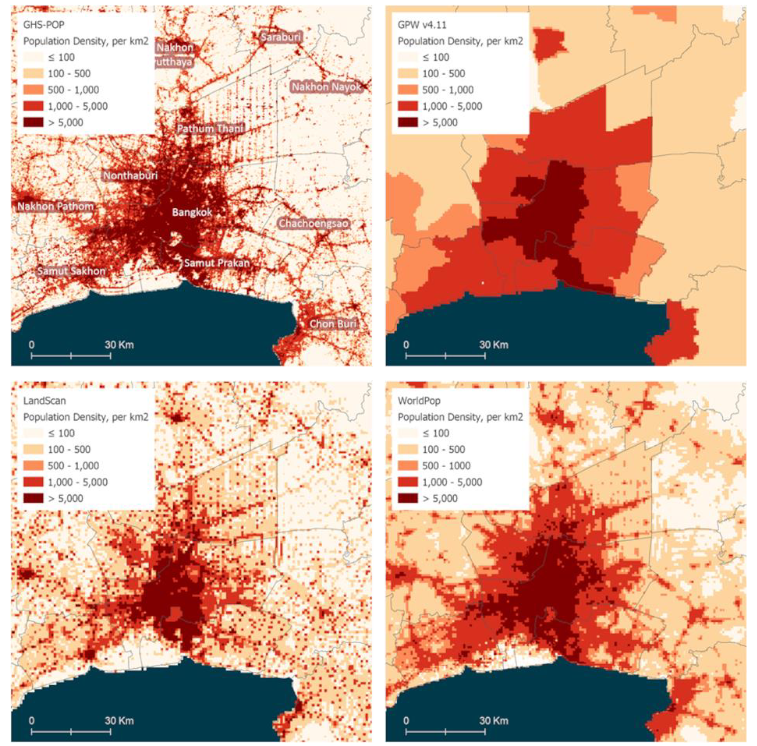 The accurate estimation of population living in the Low Elevation Coastal Zone (LECZ), and at heightened risk from sea level rise, is critically important for policy makers and risk managers worldwide. This characterization of potential exposure depends not only on robust representations of coastal elevation and spatial population data, but also of settlements along the urban-rural continuum. The empirical basis for LECZ estimation has improved considerably in the 13 years since it was first estimated that 10 % of the world’s population, and an even greater share of the urban population, lived in the LECZ (McGranahan et al., 2007). Those estimates were constrained in several ways, most notably by a single 10-meter LECZ, but also by a dichotomous urban-rural proxy and population from a single source. This paper updates those initial estimates with newer, improved inputs and provides a range of estimates, along with sensitivity analyses that reveal the importance of understanding the strengths and weaknesses of the underlying data.